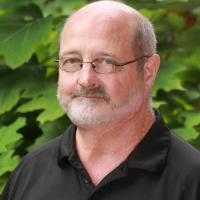 From Where I Sit | Dan Lutsky

To say that Director of Facilities Dan Lutsky hit the ground running when he started at Lab two years ago would be a gross understatement.

On his second day, a newly promoted fire marshall showed up, ready to make his own mark. “He was intense to say the least ... it was as if he was an Olympic gold medalist, needing to prove his title as the best, leaving no corner ignored, no detail unchecked,” says Mr. Lutsky.

During his first few months, along with the relentless fire marshall, Mr. Lutsky helped manage the first phases of the new theater construction, a complex and multi-tiered process. And all that in addition to getting to know his new school, its community and culture, and its buildings and their many new and old systems. “It was a sort of baptism by fire, but in retrospect, my crash course in learning all the buildings and systems gave me the opportunity to do my job with better accuracy and foresight. What made the difference was having the faculty and staff stand with me.”

Before Lab, Mr. Lutsky worked at several other schools. “Lab has been a totally different experience for me. At some of my previous schools, Facilities was treated as if we were on a lower echelon from everyone else. We were there doing our job, making things work, but not acknowledged or treated like part of the school community. Here, I feel as if we work in partnership with the faculty and staff. I believe that in Facilities management, you don’t say no. The teachers and staff are my clients. Sure, there are always some crazy requests for which you might have to come up with a compromise, but the aim is to do what you can get done for your clients and for the school.”

Mr. Lutsky and his indefatigable team have been working on campus during the quarantine, just in different capacities and with different to-dos on their lists. “My staff is eager to come to campus and work as they always do,” he says about his Facilities team. “I came in the other day and Francisco [Facilities Associate Francisco Maravilla] had repainted all the faded white lines in the parking lot. It took two days and a couple of gallons of found paint. No one will probably notice until those dark mornings of winter, when those who arrive before the sun has fully risen pull in to park. But knowing Lab, someone will acknowledge the improvement with a kind smile of gratitude. Life is about the little things, after all.” 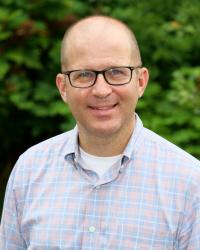