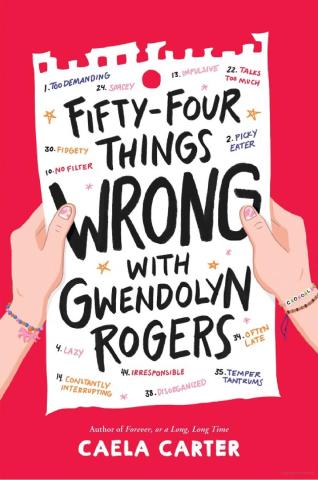 The first theatrical experience from the reorganized Middle School was quite a production! 54 Things Wrong with Gwendolyn Rogers featured performances from 40 students between the 5th and 8th grades. It tells the story of Gwendolyn Rogers, an 11 year old who gets ahold of her IEP and, after reading it, writes down a list of 54 things that are wrong with her. The play explores Gwendolyn's journey to understand her learning differences and the realization that "different" is neither right or wrong. She is ultimately able to instead view herself positively and creates another list with all of the good things about herself.

Caela Carter's 54 Things Wrong with Gwendolyn Rogers was first introduced at Lab as a community read during the 2021-2022 school year. Many of the students, faculty, staff, and families who read the novel could relate to the novel's themes and the struggles that Gwendolyn goes through as she tries to understand the way her brain works. The author has dyslexia herself and based the book on some of her own experiences growing up with a learning difference.

After reading the novel, Lab Teaching Artist Amal Saade thought that the relatable content of the novel would make it perfect for a Lab theatrical performance. She reached out to Caela for permission to write a stage adaptation, and the author quickly said yes. Caela said she was so grateful to hear about the connection that Lab students had with her book as "the reader on the other side of my page is almost always invisible to [her]." Caela and her son, Elijah, were able to travel to Lab from their home in Brooklyn to attend the staged production of her work alongside the Lab middle school audience. 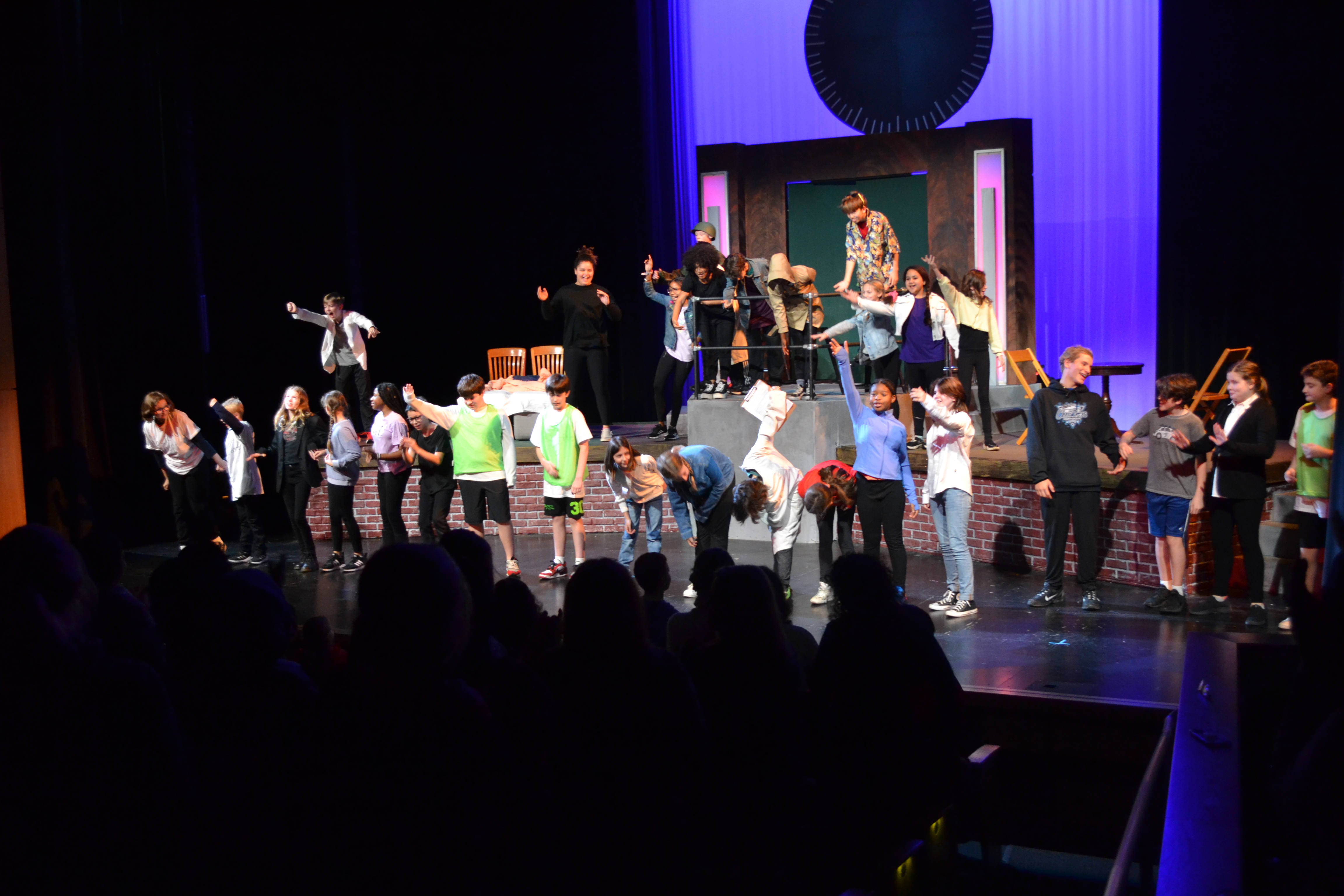 The adaptation required a lot of creativity; student roles included Gwendolyn's inner thoughts, several of the things from her list, and even her medication! In the novel, Gwendolyn describes her feelings by giving them a shape, a color, and describing how they feel and behave in her body. On stage, student portrayals brought these feelings to life, with actors personifying emotions like anger, sadness, and in the end, happiness. With such a large cast, the actors rotated through the roles from act to act, which only reinforced how everyone can relate to Gwendolyn Rogers. The students put on a very moving show, and Caela called it "a really profound experience."

After the show, she and Elijah took the stage for a talk back with the performers and students in the audience. She answered questions about the story, her writing process, and her own dyslexia and ADHD. Students spoke with the author about their personal stories and how they related to what Gwendolyn experienced on stage. The play was not only incredibly entertaining and well performed, but it gave the audience ways to understand their own feelings and experiences. 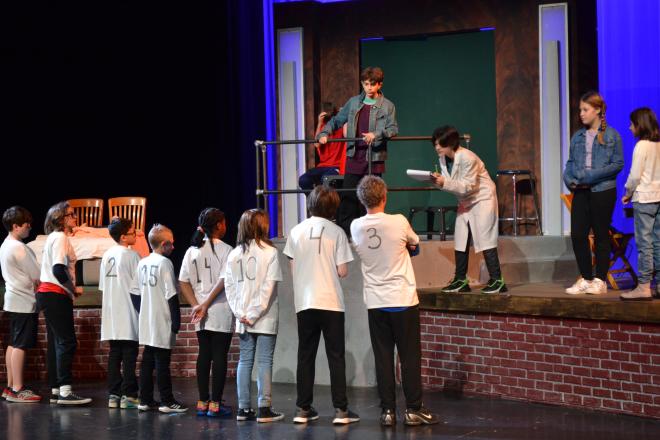 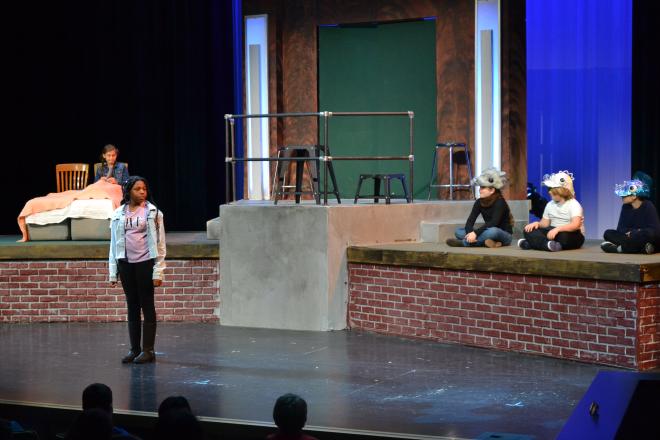 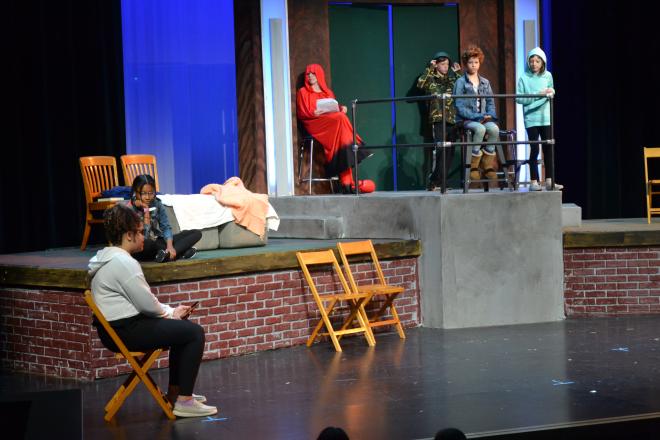 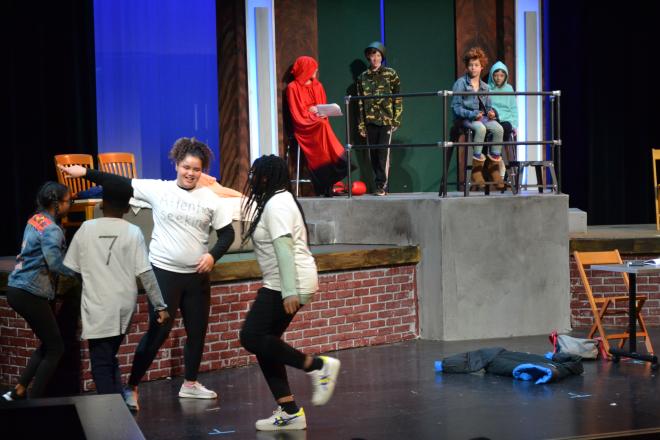 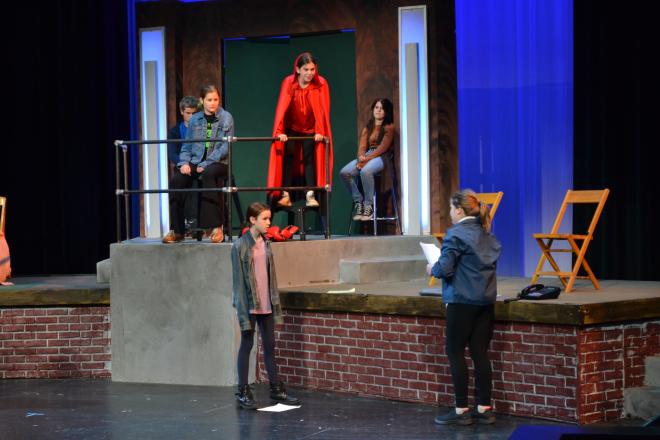 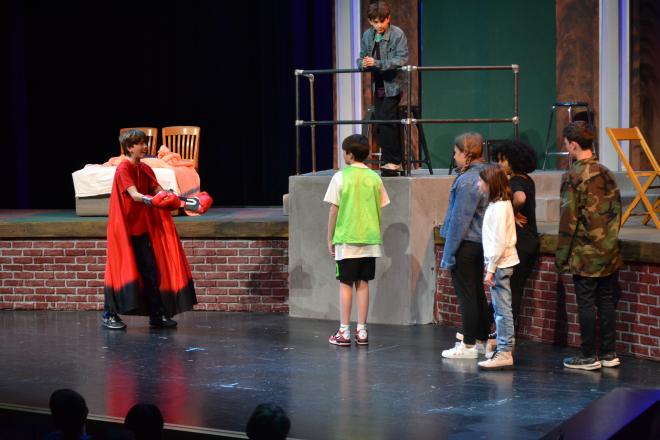 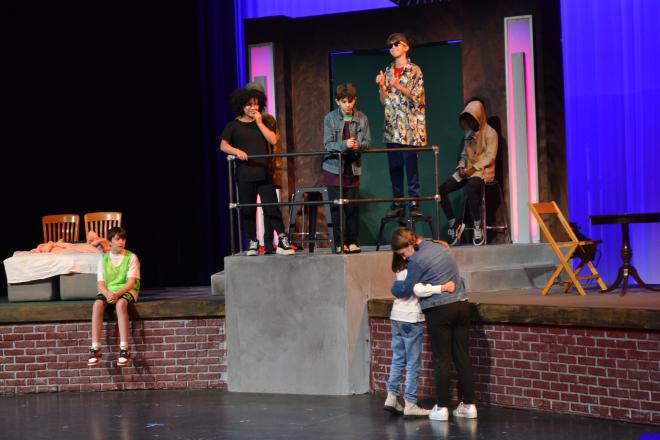 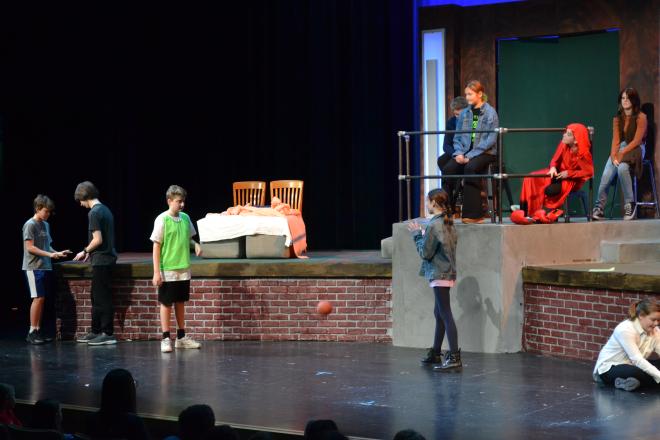 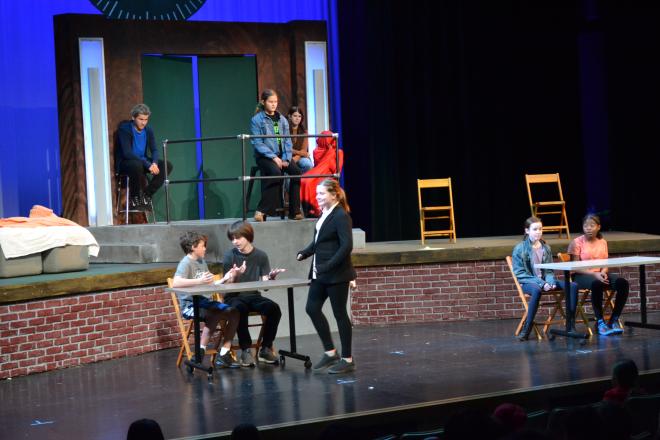