Who Knew a Volcano Would Erupt?

You never know what will happen when in Hawaii!

The Mountaineers in Elementary's Mountaineers Academic Club have been up to some interesting virtual feats lately. Headed by Academic Club Teacher Amanda Newport, the group arrived on the big island of Hawaii -- virtually by plane of course -- and rescued a group of musicians who were on a hike when disaster struck ...that's right, the Kilouwea Volcano erupted! 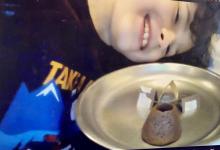 The Mountaineers jumped into rescue mode and saved the musicians. They learned what to do in case of a burn and reviewed their first-aid protocols. Luckily, all of the musicians are now safe and sound.

"The impressive part to me was that on Friday, we recreated what Kilouwea Mountain looks like out of Sculpy Clay. We used pencils to press a hole into the top of the mountain where the caldera is," says Ms. Newport. "A few days later in class, three students showed the volcano presentations -- some with spewing baking soda vinegar! -- that they had created 'just for fun!' Some of the students  also created platforms to put their volcano on and drawn maps all around it.." 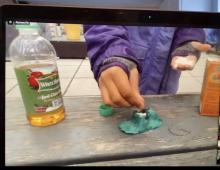 She adds, "Also of note, one student turned a room in his house into an animal sanctuary for some of the animals we are talking about. Clearly, they are thinking about all things mountaineering in and beyond class!"

The Mountaineers Academic Club launched November 2020 for students who are full-time virtual. The purpose is to learn geography, the dramatic framework/role playing of the Academic Club model, survival skills, and teamwork. The students have taken on roles of mountain search-and-rescue teams and get called to help out all around the world.